Readers of the "Bike & Travel Magazine" have voted - with a total of over 10,000 votes. The bike tour on the Mozart Cycle Path has been awarded 2nd place in "The most popular alpine tours 2022" by the readers' voting for the Bike&Travel Award.

Deviation in the area of Oberaudorf (DE)/ Erl (AT)

Due to the closure of the Zollhaus bridge at Erl over the Inn River for renovation reasons, the Mozart Trail will be routed from Nußdorf with the Inn Cycle Path on the deviation route to the Inn Bridge at Oberaudorf. Afterwards, the tour to Niederndorf in Austria will be reconnected to the existing route at the church. Please follow the deviation route.

Currently, the state of Tyrol is in the process of ascertaining whether a fundamental renovation of the existing bridge or a new construction is more expedient. The duration of the closure also depends on this. In the case of a general renovation, this will last until at least the middle of 2022. If the bridge has to be rebuilt, completion can ideally be expected at the end of 2022.

It is not often that the world produces such a genius that people are still fascinated by him 265 years after his birth and whose musical work still enchants us today. Wolfgang Amadeus Mozart is one of these exceptions. Even if Salzburg's greatest son was not granted too long a life, it is his melodies that make him immortal to this day.

Take for example, his minuet in G major, which the very young 'Wolfgangerl' composed at the age of 8 and which leads melodically through our new video on the Mozart Cycle Path. In a lively and varied way, it shows some of the highlights of this 450-kilometre route, which leads you in the footsteps of the great composer through SalzburgerLand, Bavaria and Tyrol. You should plan 10 to 14 days if you want to visit all the stations along the way and dive deep into Mozart's homeland.

A tour on the Mozart Cycle Path certainly pays off. The Mozart oak at Seeon Abbey, Wasserburg am Inn, the Inn Bridge Erl, the deep blue Lake Walchsee, Bad Reichenhall and the Mozart City of Salzburg are just some of the places where you can experience unforgettable moments along the way. And speaking of Bad Reichenhall, the Bavarian state bath was not only a popular resting place for Mozart on his travels to Italy, but is also the home of the salon quartet REICH AN HALL, which accompanies our cycling couple in the video. We hope you enjoy watching and cycling yourself!

A guided 3-day tour in the most beautiful regions around the city of Salzburg and to the Waginger See! The Euregio pleasure bike tour will take place from August 27th to 29th, 2021 this year. New: The tours can also be booked on a daily basis!

To the cross-border tour

To the cross-border tour

The EFA Mobile Times Museum offers the opportunity to see and experience real automotive history first-hand. By renewing the showroom, you can now also learn more about the cars via screens. After the visit you can sit comfortably in the Ameranger Hofstub'n and eat delicious. You can find further information under the following link: www.chiemsee-alpenland.de

The gentle hilly landscape of the Alpine foothills with Lake Wallersee, Mattsee, Grabensee and Obertrumer See stands for varied tours of varying degrees of difficulty - one of which is the Mozart Cycle Route (Stage 4, Stage 5 and Stage 17). In total, there are 14 elaborate bike tours - for each case seven rental and service stations and 20 e-bike charging stations are available. There are a total of 750 kilometers of well-developed and newly signposted cycle paths - from the Wallersee-Kräuter-Runde to the Baroque Tour, from the Zuckmayer Route to the Great Lakes Round. Extra tip: The new package "Rondez-vous mi'm See" - e-bike tour with a romantic picnic included!

Esterbauer (bikeline) has recently published the 5th edition of the Guide to the Mozart Cycle Path. All information has been updated accordingly: Mozart Cycle Path, between SalzburgerLand, Berchtesgadener Land and Chiemgau. An original bikeline cycling tour book. 140 pages, maps 1: 50.000, exact route description, accommodation directory. The guide is available at the price of EUR 14,90 in well sorted bookstores and of course also on this website.

On December 24, 1818, Joseph Mohr and Franz Xaver Gruber sang the song "Silent Night! Holy night! "In Oberndorf near Salzburg. The poem was written by the young Salzburg pastor, Mohr, and the melody was composed by the teacher and organist Gruber from Upper Austria. Two hundred years later, the song is sung by around two billion people in over 300 languages and dialects around the world. "Silent Night! Holy Night! "Is a UNESCO World Heritage Site and World Peace Song, international cultural asset and musical heritage. That's why the big anniversary in 2018 was duly celebrated in many Silent Night venues: with new museum openings, special exhibitions, an own play and numerous events.The premiere venue Oberndorf near Salzburg - with its Silent Night Chapel and the new Silent Night Museum - is located directly on the Mozart Cycle Path.

New attraction on the Mozart Cycle Path: In May 2014, the DomQuartier Salzburg opened unknown insights into the former center of archiepiscopal power and impressive views of the city for the first time.Cathedral and residence form the historic center of Salzburg. For 200 years, however, the passages between the Archbishop's Palace, the Domoratoriums and the Kunstkammer and the art galleries were closed or walled up. With the establishment of the DomQuartier, the original unit of the cathedral and residence complex - including the Benedictine monastery of St. Peter - is now being restored. A tour allows new views of the city as well as unknown insights into the architectural sights and Baroque treasuries. During the tour, 134 doors open to 2000 exhibits from 1300 years of art and cultural history on 15,000 square meters. (May 2014)

A tour, a ticket, an experience. www.domquartier.at

In mid-June, the Museum fahr(T)raum was opened in Mattsee in homage to the Austrian car pioneer Ferdinand Porsche with exceptional automobiles from 1900 onwards. The loans from the Piëch-Nordhoff family are in perfect condition for the selected exhibits in the original shoe factory. The new museum is located directly on the Mozart Cycle Path. (July 2013) 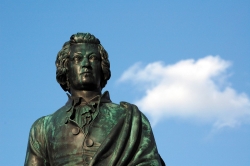 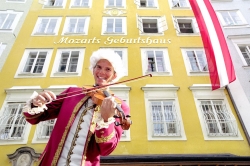 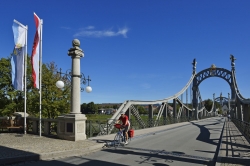 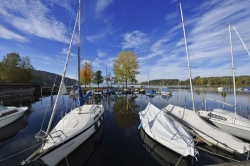 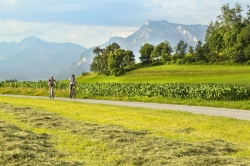 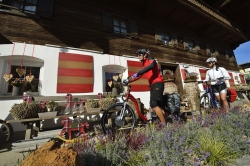 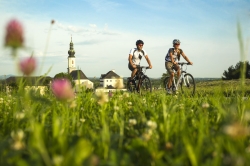 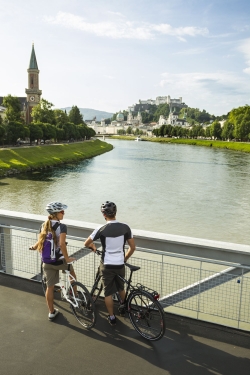